This keto stuffed peppers recipe was inspired by the Greek recipe "gemista" - stuffed vegetables with rice. In this keto version of the gemista recipe, the rice mix is simply replaced with a cauliflower rice mix. The unique smell of peppers wonderfully enriches the flavor of the stuffing. Cheddar cheese is also added, as it accompanies cauliflower perfectly and it boosts the taste of this dish. 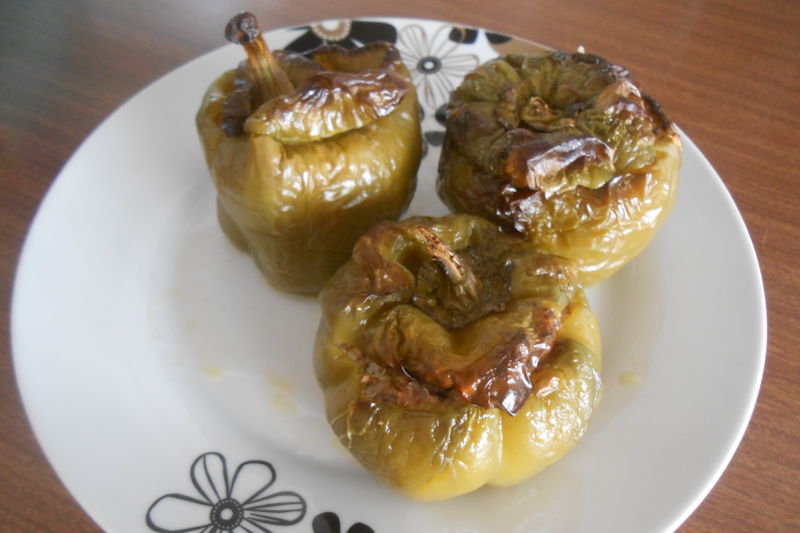 ✔ You may also stuff tomatoes, if you prefer. In this case, scoop out the seeds and pulp of the tomatoes and add it in the rice mixture, instead of the tomato sauce

Get full access to this and dozens more recipes by downloading our android app!